Synopsis: In a mystical lake, three shamanesses who protect the golden man, meet two gold-thirsty explorers. In the dispute, their desire transforms into a psychological hell.

Through a free interpretation of “El Dorado” myth, the short film explores relationships between masculine and feminine bodies dealing with desire, search of power and possession of the other, even though when they encounter both sides demonstrate total fear.

The photographs are based on paintings made between the 15th and 18th centuries by European artists such as Albert Eckhout. In the large scale photographic portraits, the protagonists are confronting the camera with the purpose of reconstructing the imaginary of the natives by using the same strategies of the court portraits made during the Renaissance which the monarchy used to demonstrate power and status.

For the production of the images, textile materials were used to evoke valuable artistic objects such as tapestries, and additionally to suggest the idea of photographic transparencies because they can be viewed from both sides in the installation space.

Hombre Dorado is an audiovisual and photographic project supported by the Center for Investigation and Creation and the Vice-presidency of Research at Universidad de los Andes. 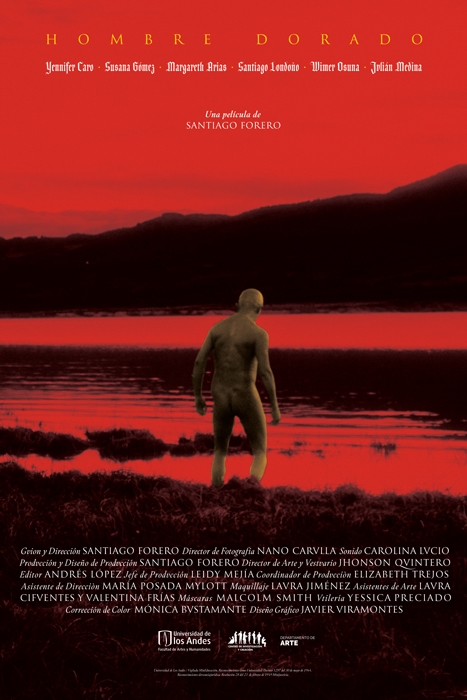 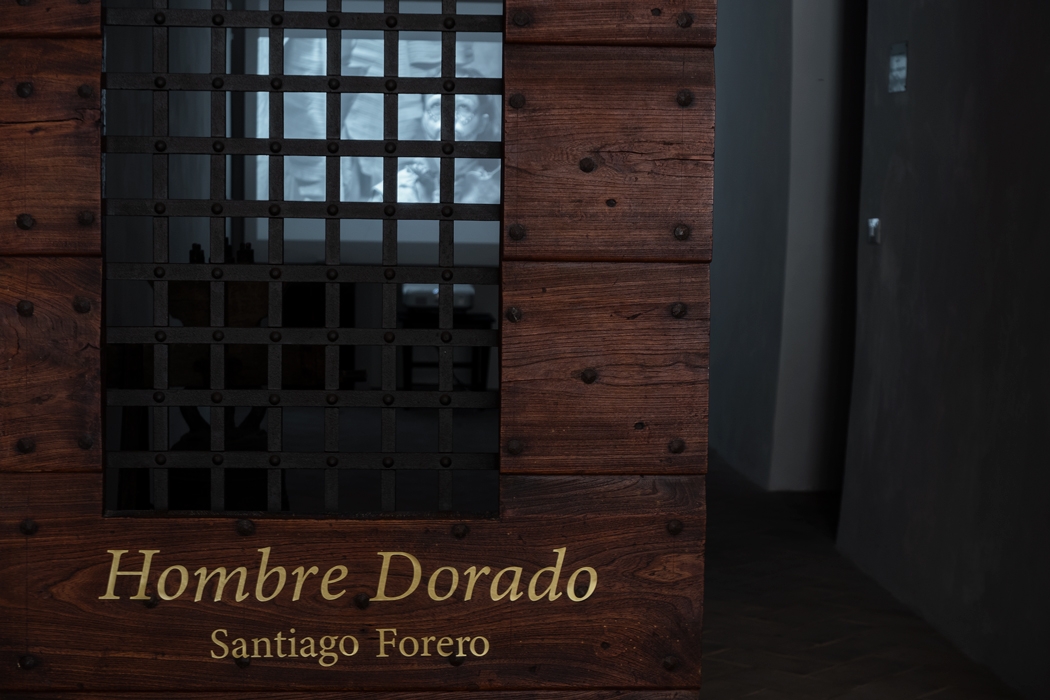 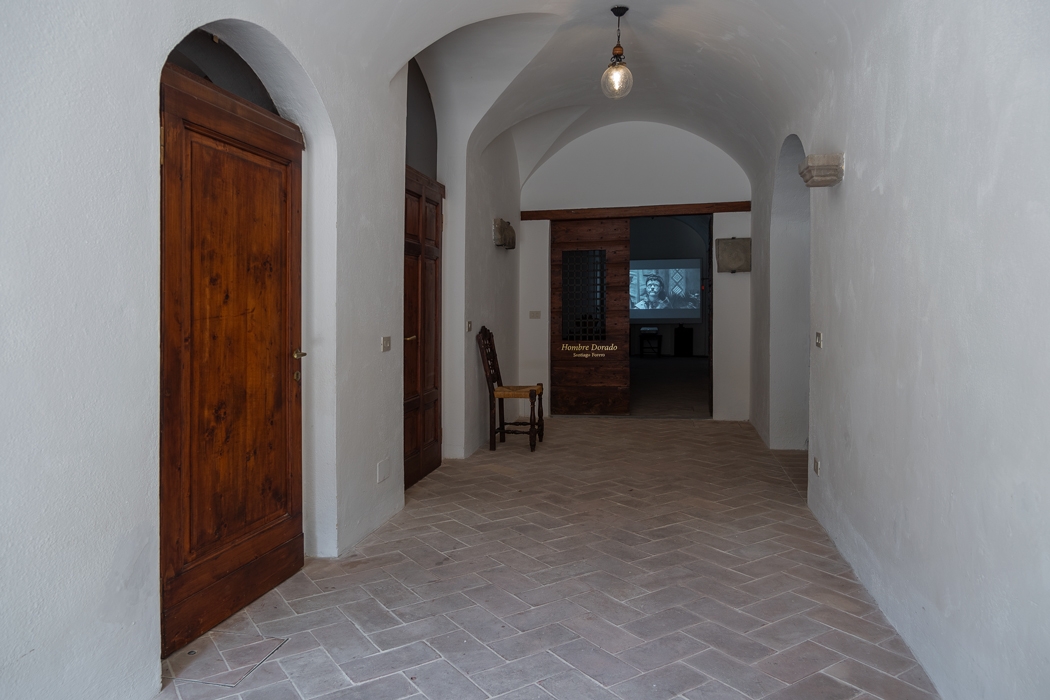 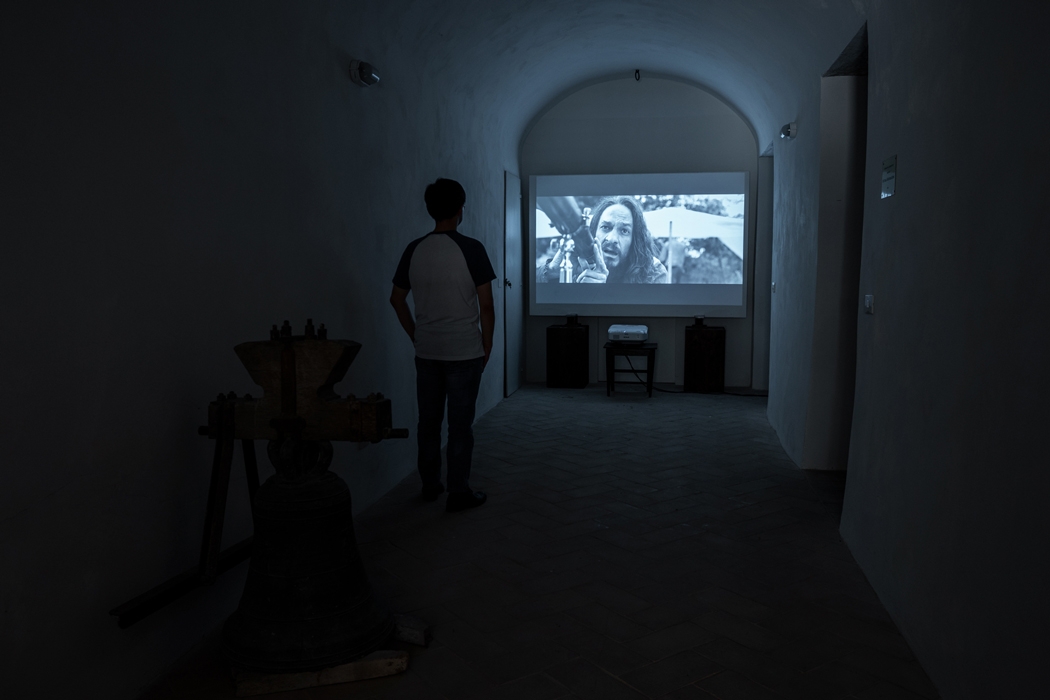 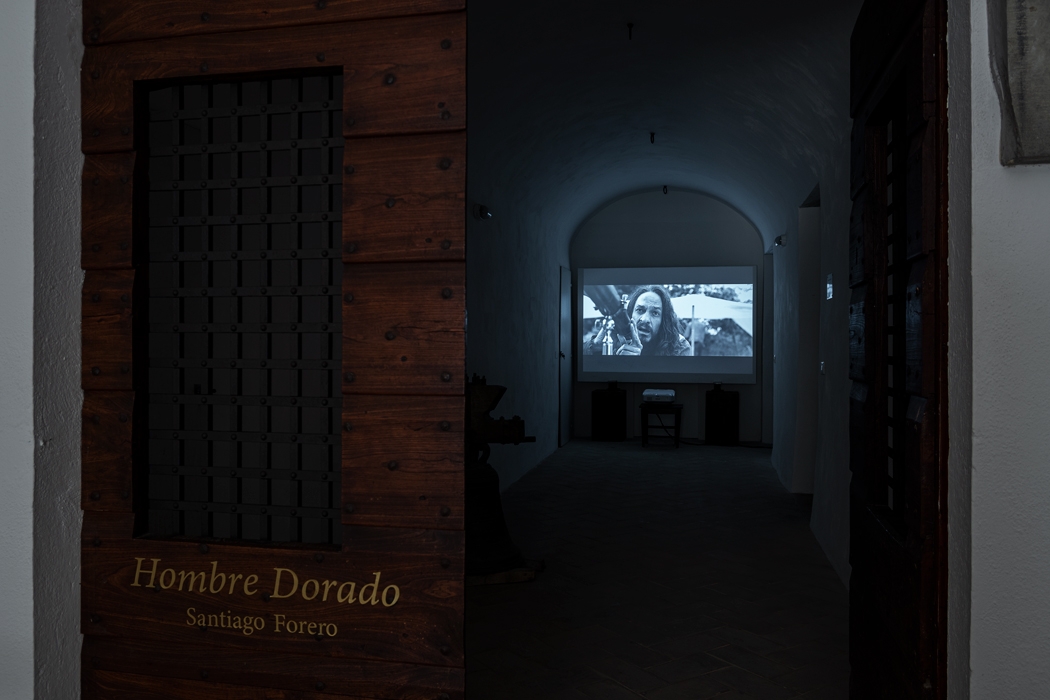 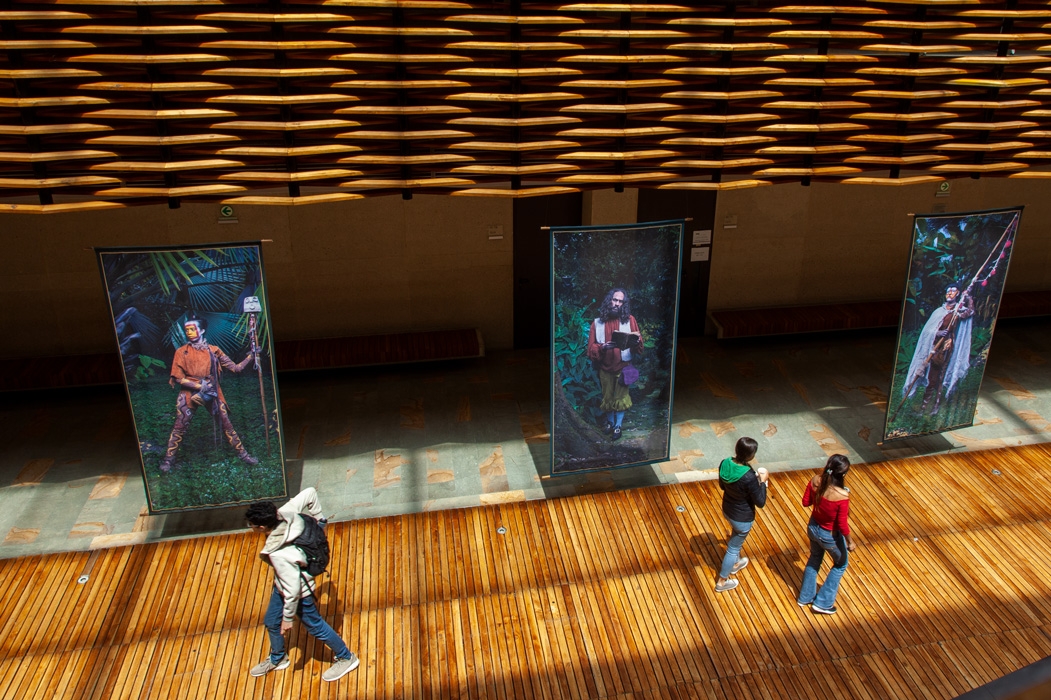 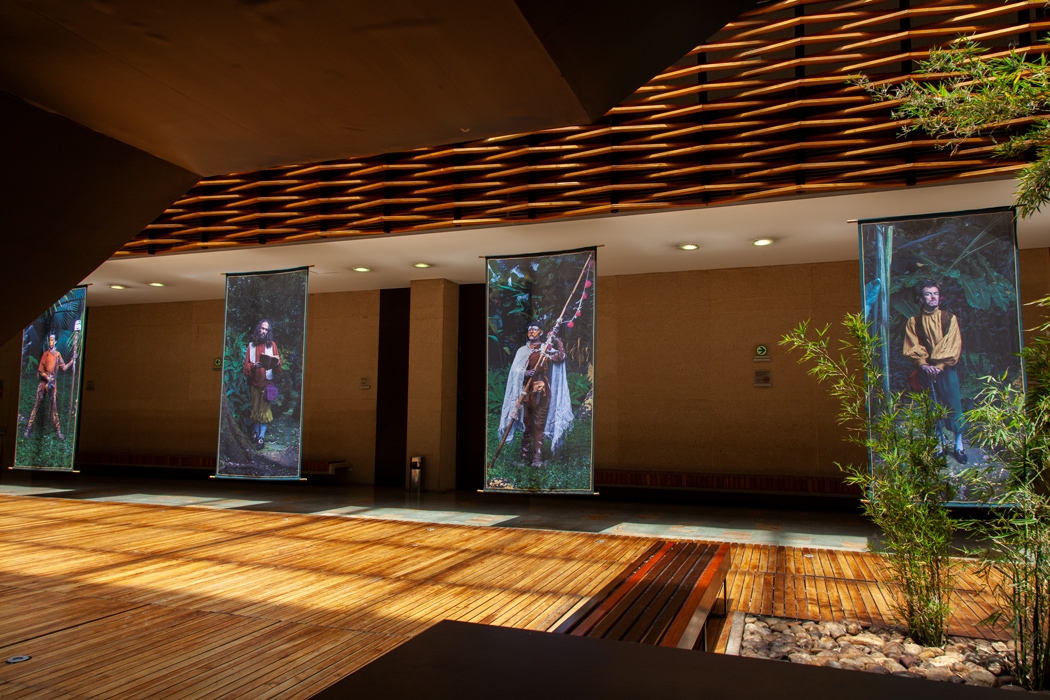 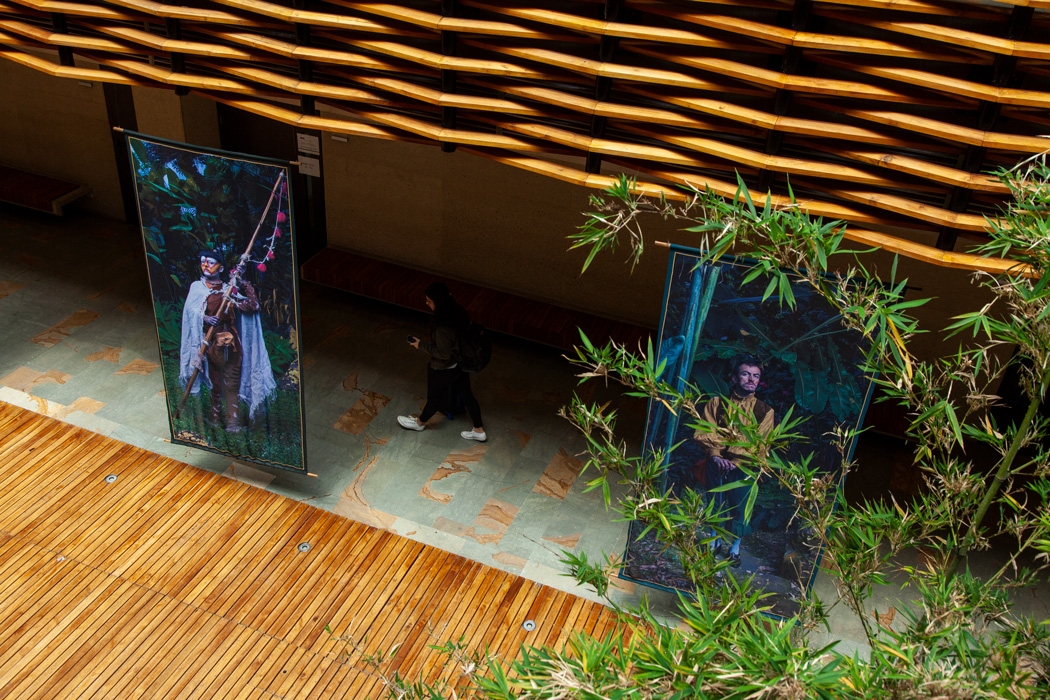